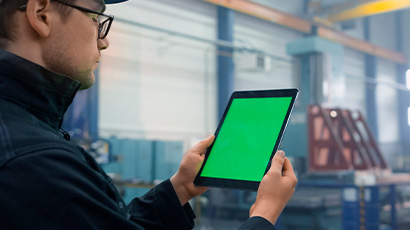 A part of companies suffering from covid, and then some are doing well. For some industries the reality hits hard when order list turns empty. Many companies are still delivering those orders from time before covid and new ones just aren’t out there. Now if never, it is a good moment to start wondering if some things could be done in a different way. Increasing production efficiency is one possibility to have some changes, but it might not be possible without understanding the current situation. If things are always laid out the same, the result is possibly similar as well.

Having digitalization projects nowadays isn’t optional, but rather a vital part for refining production. One would think that leaders of the board would be interested if the machine worth couple of millions runs 20% or 40% of its maximum capacity and how could it run more. Measured truth is that in Finland overall usage-times are pretty bad, especially if compared with Asian counterparts.

Many factory managers and production managers have told me that they know their machines usage-times by going to the facilities themselves. That’s gibberish. They have no idea of what was happening a five minutes ago, or what happens in five minutes after they leave. How could they know after all? People are also very smart making different kind of excuses for that why machines aren’t operating. Only by measuring you can know the real statistics. Otherwise you’ll be guessing, and the guess is usually wrong no matter what they say.

Who has time to think about these things after depression ends? One of my old clients told during the 2008 depression that he has already seen many depressions. They always ended. He stacks money up while it’s booming and changes his machinery during depression, because that’s when nobody is buying products and he’ll get newest of the new with same old prices. Product development creates a new product line and updates old ones, others are ie. cleaning facilities. When upturn comes, he is ready to start operations and competitors are starting to upgrade, which he did long before. I would rather see more of his operating model during this trial.

Because you read this to the end, you’d probably be interested how the production of your company could be elevated. I can give fifteen minutes of thought about the benefits and consult you on how you can monitor machines and have a digital start. Leave a message and we’ll book a time for you. Contact information is available on this website.

Are you interested in boosting you production processes or would you like to have a completely free introduction of Hitscan service?